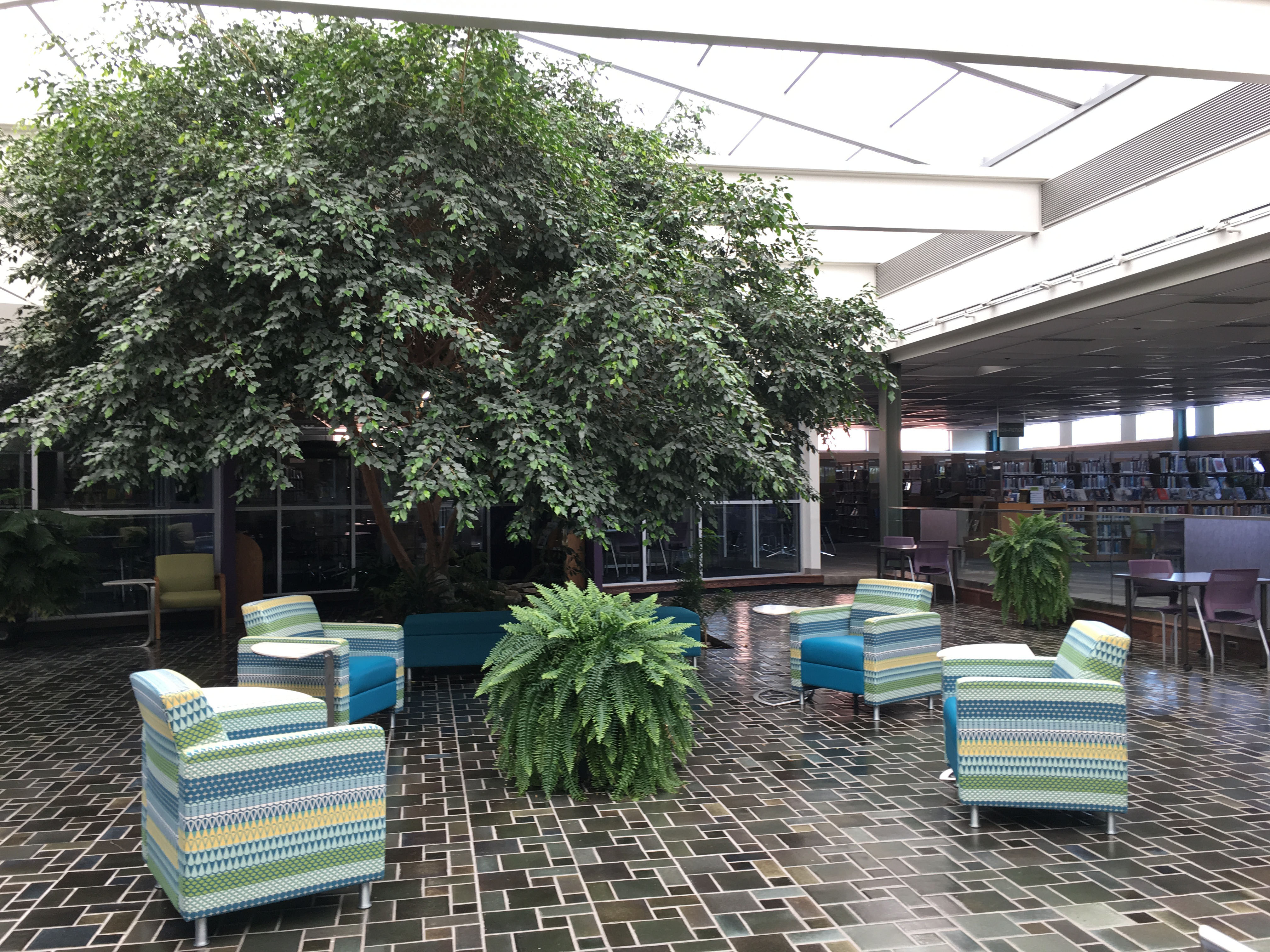 What is it about parks that attract people?

On a much smaller scale, there are forest preserve areas and neighborhood parks to enjoy flora and fauna as diverse as the settings they call home. Invited to linger by a well-placed bench or dine alfresco at a picnic table, these areas bring relaxation to the most bustling of cities no matter their size.  Tree filled parks, their seasons determined only by the color of their leaves or flowery showings, provide oxygen and a shady respite on a sundrenched day.  Whether you walk, cycle or sit for a while, parks can offer us a breath of fresh air.  Until you can visit a park near you, enjoy a bit of green space at our own public library. We have a sprawling Ficus Benjamina commonly known as weeping fig or just ficus in the center of the atrium surrounded by a variety of foliage, and yes there is also a koi fish-filled water pond all under a light filtering roof.  It is serene, contemplative, and beckons us away from our hurried lives.  Stop by if nothing more than to satisfy your curiosity.  At the Lansing Library let the sound of babbling water call you to the wonder that is nature or be inspired to visit a national park via The National Parks of the United States: a Photographic Journey by Andrew Thomas. Come rain or come shine, stop by for a visit and explore what awaits you.